Wasn’t the Future Supposed to Include Flying Cars?

Flying cars have been a staple of science fiction, though they were popularized in the public’s imagination by the cartoon “The Jetsons”. They pop up now and again, such as in the Back to the Future franchise. We’ve gotten closer to autonomous vehicles than we have publicly available flying cars – until now.

Self-driving cars remain the rage because of the benefits. Recent trials are level four automation, where stage five equals fully autonomous. However, not everyone forget the promise of flying cars. While we’ve missed the mark promised in Back to the Future Part 2, the next few years may yet bring a revolution in flying vehicles. And like self-driving cars, the first rollout – or fly-out - may be the taxi industry.

What Would a Flying Taxi Be?

The term flying taxi to date has referred to “air taxis”, small airplanes or helicopters that shuttled people between cities or airports. These aircraft could take longer jaunts, but they were still classic aircraft. The next generation of flying taxi would truly be a flying car and takes short-haul flights to a new level.

The flying taxis could take off and land anywhere, including residences and commercial parking lots. No airport would be necessary. This is made possible by advanced ascent and descent capabilities akin to those of helicopters but without the large spinning blades overhead. Prototypes instead resemble gondola cabs or drones with an array of rotors attached to the roof.

These oversized drones are more similar to cars than aircraft in another way – carrying capacity. A few models carry just two people, while a few can carry up to seven people. This is much closer to the dream of personal flying vehicles than a small jet that ferries thirty people between airports.

The best operational field for these flying cars is in the airspace between ground level and the tops of high rises. When flying taxis become widespread, expect many rooftops to become launch pads for them. The actual taxi service would carry people from rooftop to rooftop, but it won’t stop at the city limits. It would logically expand to closely networked cities, moving people off of highways and into the air. The fact that it could take people directly from point A to B though the highways don’t provide a direct route would be a point in their favor. The first connections would be cities about an hour’s drive apart, and demand would be greatest in connecting locales that are otherwise a very long drive.

The Likely Source of Our Flying Taxis

Uber is already in the peer to peer ridesharing business. It has partnered with NASA to get flying taxis off the ground. Uber’s Elevate Summit brings together engineers, investors and policy makers to fuel and fund technological development. UberAir is their planned air taxi app, once the drones are off the ground and cleared to carry humans. The hope was to have them going by 2020, though we may have to wait a little longer than that, since they don’t have a working prototype yet. The head of product at Uber says they’ve made a lot of progress that’s hard to see since it is all still on the drawing board. He says they’ve lined up vehicle manufacturing partners with their performance specifications.

Nor is Uber the only company in this space. There are more than a dozen other companies working in this area. Larry Page, a co-founder of Google, is funding startup Kitty Hawk. They say they want a flying taxi going within three years. Boeing and Airbus are working in this area, as well. Airbus bought startup Blade, a company that already has a charter flight business. That only builds on Airbus’ in-house program called Vahana. Boeing bought Aurora Flight Service Corporation because of their military and commercial drone tech. Dubai has partnered with EHang, though they also want to develop material delivery via drone. Other companies are getting into the act, such as Rolls-Royce designing propulsion systems for flying taxis. That’s aside from car manufacturers exploring the field.

Work is in progress to develop traffic management systems to handle this fundamental shift. NASA’s UTM would likely have to create a whole new form of air traffic control to handle flying taxis.

Flying cars aren’t here yet, but a large number of firms are competing to make the dream of hopping in a car and flying to your destination a reality.

Blogger and copywriter. I speak 3 languages, love traveling and have a passion for kids and writing. While I have been to many places in Europe and South East Asia, I still want to explore the rest of the world.

By accepting you will be accessing a service provided by a third-party external to https://investgazeta.ua/ 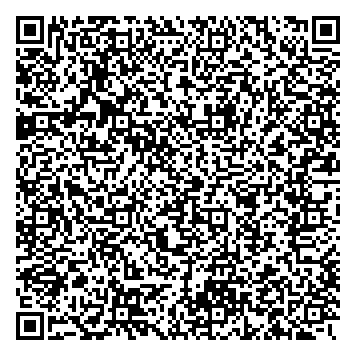